Last week I attended the Social Venture Partners International conference here in Minneapolis. I’ve been an associate partner at SVP since 2006 and this was my first international conference. On Friday morning our keynote speaker was the amazing Dan Pallotta, a leading expert on innovation in the nonprofit sector. His book Uncharitable: How Restraints on Nonprofits Undermine Their Potential is a must read. 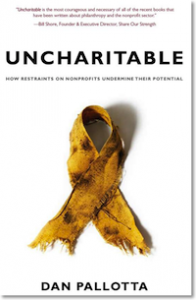 So as a follow-up to last week’s post: “Ending the Nonprofit Starvation Cycle” which talked about administrative overhead and the question most often asked of a charity: What is your administrative overhead? The myth and assumption is that lower is better. I made a mild attempt to dispel this myth but Dan takes the topic full-on. Here’s some of what he had to say:

Dan’s observation is that we have two rule books: One for charity and one for the rest of the economic world. We blame capitalism for creating huge inequities in our society. . . and
we refuse to allow the nonprofit sector to actually use the tools of capitalism to rectify those inequities.

He took us through 5 areas where the rule book of discrimination plays out:

You put these five things together: You can’t use money to lure talent; you can’t advertise on the scale the for-profit sector can; you cannot take the kinds of risks in pursuit of new customers; you don’t have the same amount of time to find those customers; and you don’t have the stock market. So we put the nonprofit sector at the most unbelievably extreme disadvantage on every level. . . and we call the whole system charity.

There are 3 main problems with the overhead question:

The most memorable line for me from Dan was: Fundraising builds capacity to build capacity.
What I took away from Dan’s remarks: Our job is to change the status quo. Ask different questions. If, indeed, we want to end hunger or homelessness are we willing to level or change the playing field and give nonprofits the resources to get the job done? Are we?

This post was included in Withism’s from Lori: Boldness, Clarity & Wisdom for Fundraising Professionals Making a Difference (Volume 1), now available in paperback, on Kindle, and Nook. 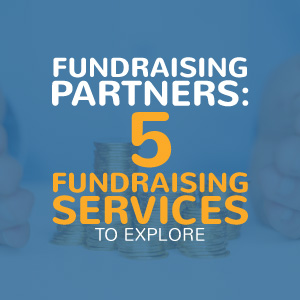 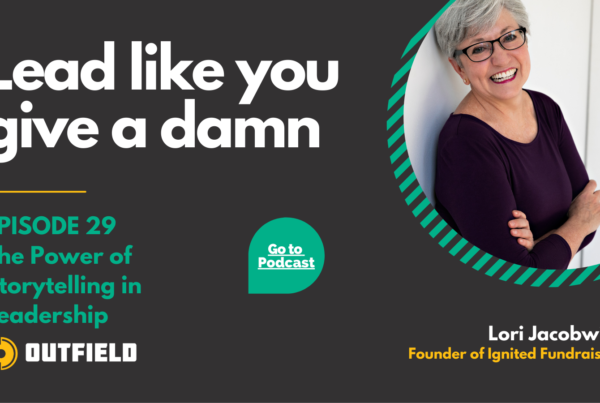 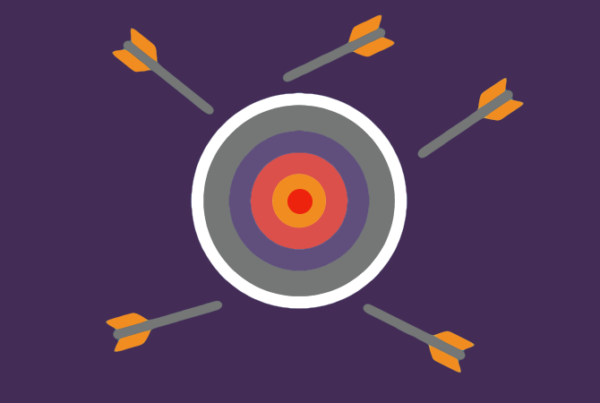